Amazon tried to force New Yorkers to accept its massive new headquarters. Predictably, the plan backfired. This year, cities across North America have taught billionaire tech corporations a lesson– stop trying to control what belongs to all of us. Our democracy is not for sale.

One year ago today, New Yorkers broke up with Amazon.

Amazon had hoped to build a new headquarters in New York City after orchestrating a nationwide “search” that was essentially a cover for shady backroom deals and closed-door tax-break negotiations. After American cities scrambled to outbid each other, Amazon ultimately squeezed $3 billion in promised subsidies from New York City — circumventing the city council to do it.

But New Yorkers called Amazon’s bluff. They knew there was no way that Amazon needed a massive tax break to incentivize a move to New York.

Amazon’s decision to cancel its plans to build NYC HQ2 came after much organizing work from communities and allies who opposed this terrible deal. Led by people who work at Amazon warehouses and immigrant communities in Queens, including our affiliate ALIGN, New Yorkers fought back.

On February 14, 2019, Amazon withdrew from the deal. It was a huge win for the people of New York. It was also a victory for government transparency and democratic process.

In the last year, we’ve seen people power win out over corporate corruption time after time. In cities across North America, community members have been organizing to hold tech companies accountable to our collective vision of the future.

Because our cities are centers for progressive organizing led by people of color who experience the many harms of Big Tech immediately and deeply — including high tech surveillance, displacement and gentrification, corporate money in politics, unhealthy working conditions, and union busting — we should look to their tactics and victories as a model.

Last year in Toronto, a well-organized community campaign forced Alphabet’s Sidewalk Labs to give up on several of its demands to control public land and services in a secretive development deal concerning 12 acres of city’s waterfront.

After successfully pressuring Alphabet to make the details of the project public, the community discovered the proposed scale of development had ballooned to 190 acres, including the acquisition of public land at a steep “discount.”

Community members in Toronto launched an impressive campaign to stop the project, and in October, Alphabet agreed to stick to its original 12-acre plan. The fight continues.

This January, Seattle residents swore in several new city councilmembers, convening the most progressive city council in recent memory and greenlighting a bold new vision for the city. A majority of Seattle’s city council is expected to support a tax on big business to fund social services.

It’s not the outcome Amazon hoped for.

Amazon executives poured a staggering $1.5 million into last year’s Seattle’s city council race. This blatant attempt to buy an election would be outrageous in any context, but it also flew in the face of the city’s innovative public financing program, recently implemented to counter the pull of corporate money in politics.

Part of a trend in cities across the United States and the world, Seattle’s residents pushed back. When news of the Amazon donation surfaced, tracking polls saw support for Amazon’s candidates “plummet.” The Big Tech bravado backfired. Most of those candidates lost, and the election cleared the way for the unanimous passage of new ‘Clean Campaign’ bills to promote elections that reflect the will of the people, not corporations.

The Partnership for Working Families supports everyday people in cities across the U.S. as they organize to create quality jobs and thriving communities. In coalitions led primarily by low-wage workers, immigrants, people of color, and women, our members advocate for what they need to live a healthy life — including safe workplaces, dignified wages, and affordable housing. Often, our most powerful opponents are tech corporations and the politicians that do their bidding.

This moment can be a turning point, if we seize it.

These community-led victories are showing us what real democracy looks like: multi-racial, engaged, transparent, and public-serving. In California, rideshare drivers and other low-wage workers organized to pass AB 5, a workers rights law that Uber and Lyft spent millions lobbying against. San Francisco, Oakland, Berkeley, and Somerville, Massachusetts have all banned the use of facial recognition technology in a rebuke to Amazon and other tech companies peddling invasive surveillance. At the end of 2019, community organizations across the country banded together to found Athena, a coalition working to stop Amazon’s growing, powerful grip over our democracy and economy by knitting a movement of people together across local organizing efforts and issues.

This fight is just beginning. Our cities are lighting the way when it comes to building strong, multi-racial democracies that can meet the true needs of our communities, not the techno-futurist fantasies of corporations.

Lauren Jacobs is Executive Director of the Partnership for Working Families, a national network of leading regional organizing and advocacy organizations dedicated to building power and reshaping the economy and urban environment for workers and communities. 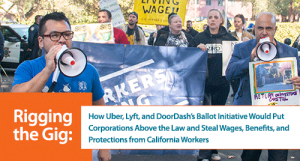 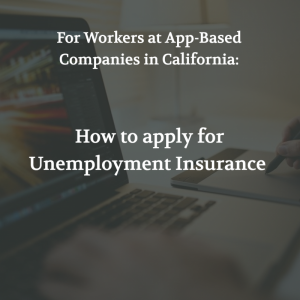