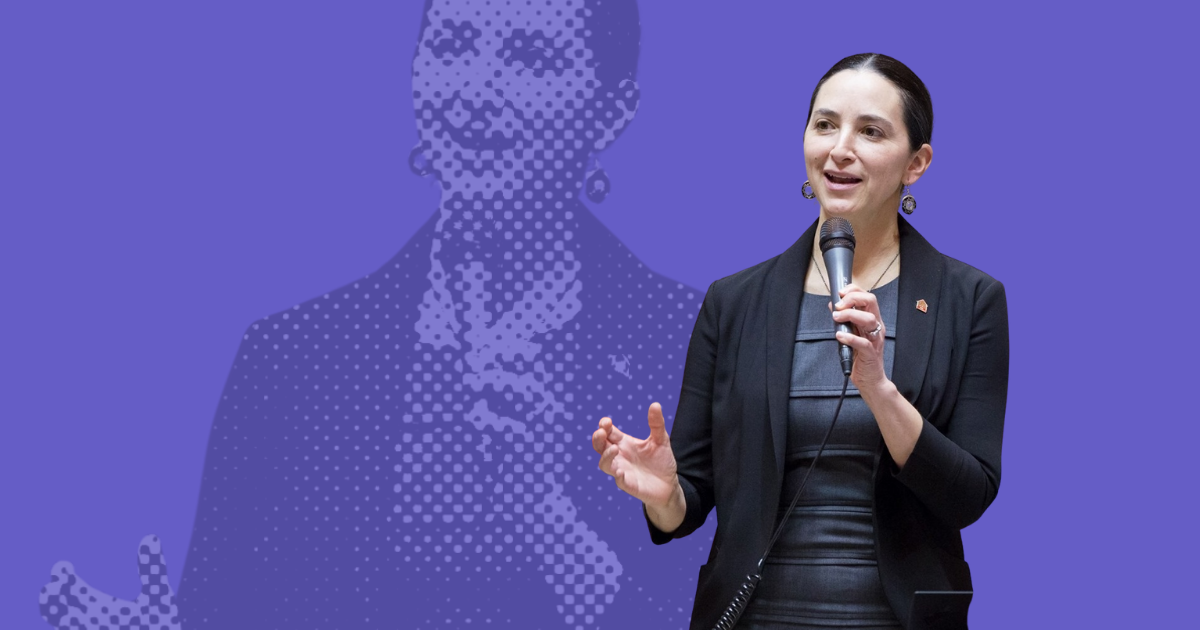 Felicia Griffin: You took part in PowerSwitch Action’s Transformational Leadership Program back when you were the Executive Director of our affiliate Puget Sound Sage. Now you’re serving as a Washington State Senator. How have you taken the practices and frameworks from the leadership development program into the work you’re doing today?

Senator Rebecca Saldaña: Even before the retreat, two things really drew me to work at Sage. One was the organization’s approach: bringing together labor and community in partnership. The other was that, while we were very much a local organization, we were also part of this national network.

Having the network means there was structural support to do work differently, and that was something that I had not experienced elsewhere and it felt like a real asset.

Being a part of the network gave me access to coaching on tools that come out of labor and organizing — tools like power mapping, approaches to planning campaigns, planning key result areas, and managing time with an eye towards your weekly goals. That experience inspired me to create our own local leadership program at Sage to build on that critical cornerstone for the work.

What most stayed with me from the leadership retreat was the caliber of the people in my cohort, and the opportunity to learn from and with them. Also it was really valuable to have the space to get away from the daily urgency of the work to do some deep reflection.

I still have my vision board in my bedroom that I wake up to every day. The values and the vision that I had for myself and my community that I put together then — they’re still relevant all these years later, even though I have a different job.

Felicia: In your work today, as you’re championing legislation to support working families, communities of color, policies affecting our planet, you’re inevitably going to come up against pretty intense opposition. What helps you stay grounded, tap into your power, and work through that opposition?

Sen. Saldaña: I still use the meditation and body work exercises from the Transformational Leadership Retreat. I still use a power stance to ground myself when I’m having a difficult conversation or going up against colleagues that might be on different sides of an argument or a position. By “power stance” I’m talking about a literal physical stance — a stance that to me embodies an approach to power that’s collaborative rather than defensive. I keep my arms relaxed and open. It’s about being open to the spirit, being open to the conversation, so that we then can figure out our way forward together.

I also draw on the practices of sitting down with collaborators and mapping out who has the power, understanding who’s making the decision, and being able to help folks that I’m working with take a step back and ask — “how are we going to create that moment for change to happen?”

Those are skills we sharpened in the leadership retreat that I still call on regularly.

Felicia: Whether holding elected office or leading an organization, being in a position of power can be really isolating. Can you talk about how the leadership retreat and being part of a network helped you cultivate a community to lean on when times get tough?

Sen Saldaña: It was so helpful to talk things through with the attendees. Many of us at the retreat were executive directors of organizations where we had started out as staff, and we had really strong peer relationships with our teams. We were able to talk about the challenges of that.

For instance, when I moved into the executive director position, I got feedback that my approach wasn’t always working. One of my tendencies of showing up in leadership is to be more flexible — but in the role of executive director, that can be confusing for staff because they want to know what the decision is. So in some ways my flexibility made it hard for the staff to feel that they had clear direction. They were asking me a lot of questions. Not because they were second-guessing my decisions, but because they wanted to get more clarification so they could execute a plan. But I interpreted their questions as criticisms, so I would change tact and offer that we could take another approach — and that left folks confused.

So it was really useful to be able to step back from those internal conversations, and have a peer from the retreat I could call and talk things through with.

It was helpful to have a network of leaders to lean on and ask for feedback, and I enjoyed being a sounding board for them as well.

Felicia: We often talk about the distinction between transactional and transformational leadership in this work. Do you have reflections on why the transformative approach is so valuable, particularly in this moment when we have so many overlapping challenges in the world?

Sen. Saldaña: The stakes are especially high right now, from the climate crisis to the movement for Black Lives. And at the same time, doing anything in the legislature and trying to impact our executive branches or agencies requires multiple years.

When I first took office I was the only woman of color in the state legislature. It was lonely. But I brought with me that organizing spirit and belief in transformational change, so I started asking “how do we make sure this never happens again?”

I’ve been in the legislature for six years now, and we have six women of color that are serving today. Almost every year, we’ve doubled the number of women of color serving. We’ve built up a group of legislators that share our values and are committed to our communities, committed to equity and justice.

And of course, the toughest part often isn’t passing a law, it’s making sure it’s implemented well. Seeing things through is tedious work.

We need to grow leaders who are able to shepherd the implementation process in a transformational way: building deep relationships and designing structures with an eye to advancing the lasting needs of our communities, rather than simply getting a quick win.Democracy is a full-time, all-in sport, and we’re in a moment we need to seize before it dissipates.

But the pandemic fatigue is real. The trauma of the last several years is real. People are weary, and we need to support more leaders so some people can step forward while others step back to rest for a moment. I think that’s really important, because that’s how we defend our democracy and move the work that’s so critical for our communities.

Felicia: Senator Saldaña, thank you so much for speaking with us! 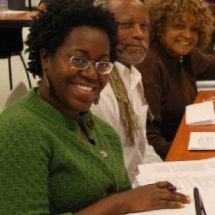 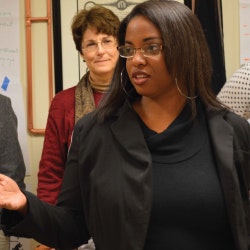 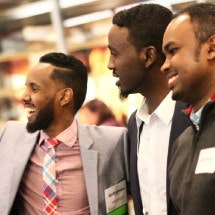 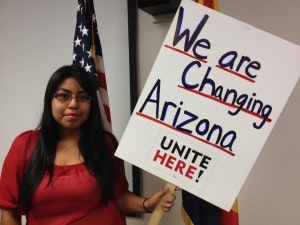 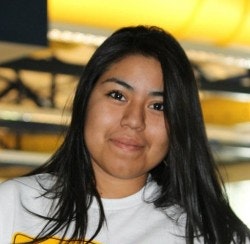